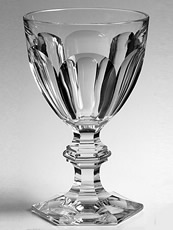 This history of Baccarat begins in 1764, when a grant was given to the Bishop of Montmorency-Laval of Metz by King Louis XV to open a glassworks facility in the town of Baccarat, France. Although they would become known for their fine crystal, the company’s first products mainly included bottles, mirrors, and window panes. 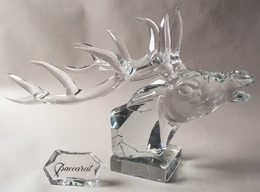 Because Baccarat was opened during the Age of Enlightenment, its managers decided to employee many of the social philosophies of the period. In keeping with the Enlightenment’s concepts regarding individual rights and human dignity, a small utopian community was built on the grounds of the Baccarat factory. Although Baccarat was ahead of its time with regards to the welfare of their employees, the company’s motives were not entirely altruistic. The firing of glass at the time was still an imperfect art, and was influenced by many factors, including the weather. Therefore, it was important to have Baccarat’s master craftsmen very close to the factory in order to produce the best possible product.

With the onset of the French Revolution in 1789, Baccarat was forced to contend with the first of a series of economic struggles the company would face in the decades to come. Economic instability was common in France at this time, however, the situation worsened as the country collapsed into civil war. France’s economic situation continued to worsen with the Napoleonic Wars that swept across Europe during the early 19th century. By 1816, inflation had caused the company to operate at a loss, and the factory was sold to Monsieur d’Artigues, a Belgian expert in the production of glass. Monsieur d’Artigues was an ambitious man who set his sight on making Baccarat one of the world’s most prestigious names in glass production. 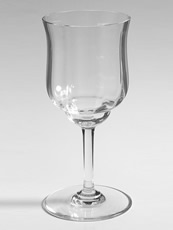 During the early 1830s, the company expanded its market beyond the borders of France. Palaces as far away as Constantinople placed orders for Baccarat crystal lighting fixtures, candelabras, banisters, and even crystal hookahs! In 1838, a manager at Baccarat discovered a way to produce full-lead crystal that could be colored. The formula was one of the company’s most closely guarded trade secrets. The popularity of Baccarat items continued to grow as it pushed a diverse collection of products to all corners of the globe. By the end of the 19th century, Baccarat had earned the reputation of being the “Crystal of Kings.”

In 1841, the company designed its most famous pattern, Harcourt.  This pattern remains in production, and has become immensely popular and collectible. Throughout its history, Baccarat crystal came to grace the tables of King Louis XVIII, King Charles X, Louis-Philippe, Emperor Napoleon III, and many of the French presidents. During WWI and WWII, the Baccarat facilities had to be converted to centers of war industry production. This flexibility is what allowed Baccarat to stay open through both wars and retain most of their workforce. Steady but conservative growth through the coming decades would ensure the success Baccarat continues to enjoy today, almost 250 years after its inception.

Replacements, Ltd. carries a large variety of patterns from Baccarat, including the popular Harcourt pattern.