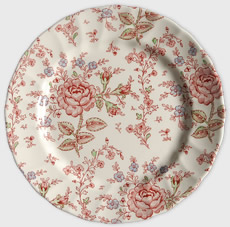 The Charles Street Works factory, in the Staffordshire area of England, had already established a legacy for crafting fine dinnerware when Alfred, Fredrick, and Henry Johnson acquired it via a bankruptcy sale in 1882. Grandsons of the famous Meakin dinnerware lineage, the brothers shared a heritage in the production of fine dinnerware. The purchase of the factory in Stroke-on-Trent marked their first venture as entrepreneurs. Building a reputation on basic whiteware known as "semi-porcelain," the company created a slip that had the delicate characteristics of fine china, but the durability of ironstone. A fourth brother, Robert, relocated to the United States around 1900 to establish a presence in the tableware market that was emerging in the United States. Johnson Brothers tableware was becoming very popular in America due to its inexpensive and durable product. To meet demand, five additional factories were opened in England. 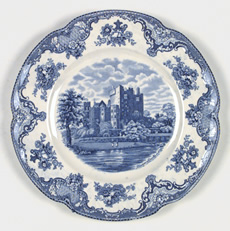 Johnson Brothers continued its growth in the tableware industry into World War I. The war taxed the company's work force, shipping capabilities, and raw materials supplies. When the war was over, production was able to resume at its pre-war pace. With new techniques, the company was able to introduce wares that, when chipped, revealed an underlayer that was the same color as the outer glazed body. Brighter colors and award-winning designs, like Old Britain Castles and Historic America became very popular in England and the United States. In addition, the company won the favor of the Queen Of England, not once, but twice. She awarded the company the "Queen's Award to Industry" for their contributions to the tableware industry and to the English economy. 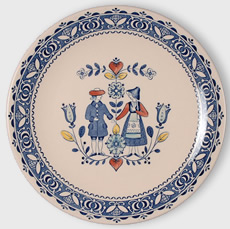 The Second World War came and nearly halted production at Johnson Brothers factories. Although a struggle, the company managed to survive this hardship with sporadic shipments of product to the United States. War damage and the need for increased productivity dictated a major overhaul of the Johnson Brothers factories. Modern equipment and larger facilities were installed to improve the day-to-day production capability of the company. Various plants in England, Canada, and Australia were purchased for decorating and glazing and firing of pieces. Johnson Brothers was evolving into an international conglomerate!

In 1968, to offer access to even larger markets, and to remain competitive, Johnson Brothers joined the Wedgwood Group. Several other manufacturers including Meakin (the Johnson Brother's maternal Grandfather's company), Coalport, Adams, Midwinter, Crown Staffordshire, and Mason's joined, as well. Today, Johnson Brothers remains a leader in the tableware industry, and their high-quality offerings are sought out throughout the world.